“D5762 is the preferred method for the quantitative determination of trace nitrogen in hydrocarbon samples. The controlled and complete combustion of the sample convert all organically bound nitrogen compounds in nitrogen oxide. The method takes advantage that NO reacts quantitatively and very fast with O3 forming an excited NO2* that luminesces in the Red/NIR region releasing an amount of energy proportional to the N concentration that is captured by a PMT set at the appropriate wave lengths region. The N-detector response is equimolar and linear with a vast dynamic range.

Nitrogen is hardly found in fuels and petroleum products quality specifications however its determination is gaining importance due to several factors: It degrades the activity of expensive catalysts especially platinum based ones used in conversion processes like reforming and isomerization. Also, N at low concentrations competes with S in HDS processes making hard to achieve the desired desulfurization degree. Although N is not a finished luboil specification, the N content can be used as a quality control parameter in the final formulation.” (Aaron Mendez Ph.D.)

For the detection of nitrogen using ASTM D5762, a weighed quantity of the hydrocarbon sample is placed in a sample boat at room temperature and mechanically driven into a high-temperature pyrotube in a rich oxygen atmosphere, where all the N-compounds are oxydized to nitric oxide (NO). the analyzer at a controlled speed into the vaporization and combustion zones of the instrument. In the inlet zone the sample is transported by an inert stream of a carrier gas, typically Argon or Helium. The hydrocarbon is oxidized in a rich pure oxygen stream in the combustion zone at approximately 1000°C where it is converted into CO2, NO and H2O. Water interferes with the signal and causes instability of the base line, so after the gases exit the combustion zone they are passed through a semipermeable Nafion® membrane where the water is quantitatively removed. The dried gases pass through a Mo convertor where NO2 molecules in case they form will be reduced to NO to enhance the detector signal.

The gases enter the Nitrogen reaction chamber where they are mixed with a stream of O3 to produce an excited NO2* species. The NO2* molecules upon relaxation release an amount of energy proportional to the N original concentration. The relaxation takes a few nanoseconds and the energy captured by a properly set Photo Multiplier Tube, is amplified processed and recorded. The signal obtained is proportional to the total nitrogen content of the original sample.

Nitrogen compounds are not the most abundant heterocompounds in hydrocarbon streams. However, they also poison catalysts in refinery processes and they are very difficult to get rid of, in part due to the different polarities they exhibit going from acidic to amphoteric in behavior. In hydrotreating processes they compete with sulfur degrading the efficiency of hydrodesulfurization to reach very low levels of sulfur in gasoline and other fuels.

The analyzer of horizontal configuration for low or non-volatile organic liquid and solid compounds is represented in fig.1. The system can also be provided with an automatic sample changer for the syringe introduction of volatile liquids as well. The inlet and furnace are differentially heated and divided in three regions. The inlet section is heated high enough to facilitate the vaporization of the sample and is mainly contacted by the stream of the carrier gas typically Argon that transport the gases into the other sections of the furnace where the combustion process takes place.

Boat Inlet System, must be capable of being sealed to the inlet of the pyrotube and allow for the effective sweep of the inert carrier gas. The high temperature resistant boat typically fabricated from quartz can contain a small amount of quartz wool to aid with the sample placement. The boat drive mechanism should be able to fully insert the sample into the furnace tube inlet section in such a way that there will be no sample lost due to unrepeatable and/or inadequate rates driving the boat in and out the inlet section.
Chemiluminescence Detector, capable of measuring the light emitted from the chemiluminescence reaction between NO and O3. The detector should have a variable attenuation amplifier, integrator and readout of the final signal. Depending on the manufacturer a reaction cell can operate at reduced pressure by means of a vacuum pump, this is done with the aim to provide for higher population of O3 molecules to gain sensitivity at very low concentrations. These type of reaction cells are acceptable and they were included in the instruments used to determine the precision of the method.

Combustion Tube, they vary in design and dimension entirely depending on the manufacturer’s criteria for optimization of the combustion characteristics and sample transport efficiency. In general, they should be large enough to accept the sample boat and have side arms for the introduction of the combustion and carrier gases. There other pyrotubes available that contain a spiral inner tube for a secondary stream of oxygen or Turbo oxygen added in the hottest furnace zone to guarantee the combustion of the most refractory species and to add extra residence time for their combustion. Uncombusted hydrocarbon species in general quench the detectors signals and degrade the sensitivity of the instruments.

Apparatus preparation and calibration: Once the system has been assembled, leak tested, heated and stabilized per the instrument manufacturer, typical operating conditions are stablished and adjusted as per the manufacturer’s guidelines. The fact that the fundamental characteristics of equimolarity and linear response of the technique causes that any organic compound containing at least one bound atom of N can serve as a calibration compound and the calibration can proceed with a minimum of three points. Based on anticipated nitrogen concentrations needs the instrument is then calibrated either by dilution of a stock solution or using a calibration kit from commercial standard reference laboratories. Set the calibration method to average three consecutive injections for each calibration point. Check the linear regression coefficient of the obtained calibration curve and make the necessary corrections should the linearity not be in accordance with D5762 and the manufacturer’s instructions ( R2 ≥ 0.999 or 1 to 2 orders of magnitude for the calibration range). It is a good laboratory practice to start the calibration in ascending order to reduce risk of carryover that could affect the linearity of the calibration and the results of the ASTM D5762 detection of nitrogen test. 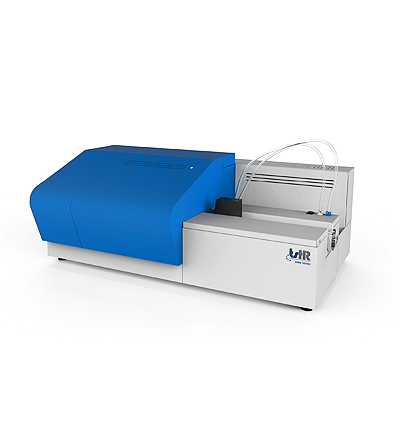 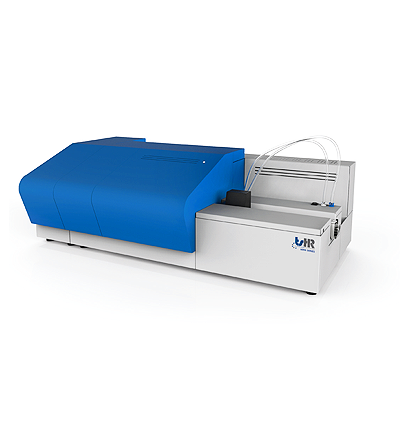