Fatty Acid Methyl Esters are long straight chain esters derived from vegetable oil and animal fat that undergo the so-called transesterification catalytic process with methanol is a very low sulfur material and one important component of new middle distillate fuel formulations with the purpose of reducing SOx and NOx emissions. These compounds often refer as B100. B100 is blended with Diesel fuels to produce the different blends B5, B10, B20 which is the volume % of FAMES following the letter B”. Standard Specification for Biodiesel D6751 controls the composition, quality and properties of these valuable distillates for fuel formulations.

This method utilizes a Fourier transform mid infrared spectrometer fitted with a transmission sample cell with a specified path length. A beam of infrared light is passed through the sample and the motion of the spectrometer mirrors enables determination of the sample absorption spectrum. Specific regions of the spectrum where FAME and triglycerides show strong absorption are used for the analysis. Users should prepare the sample according to instrument manufacturer instructions after the correct validation and instrumental checks of the instrument. 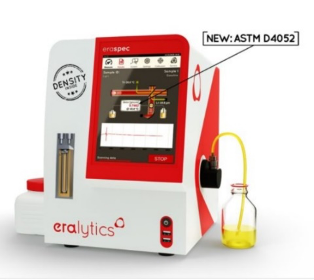 Apparatus preparation and calibration: Once the system has been assembled, leak tested, heated and stabilized per the instrument manufacturer, typical operating conditions D4629 are stablished and adjusted as per the manufacturer’s guidelines.

Biodiesel is a fuel commodity primarily used as a value-added blending component with diesel fuel. This test method is applicable for quality control in the production and distribution of diesel fuel and biodiesel blends containing FAME. The use of triglycerides in fuels is not approved for transportation applications within any ASTM specification. This test method allows the quantification of triglyceride concentration in biodiesel blends, thus enabling detection of out-of-specification blending. This test method is fast, simple to run, inexpensive and requires no sample preparation.

The presence of carbonyl containing compounds including carboxylic acids, ketones and aldehydes, as well as fatty acid ethyl esters (FAEE), interfere with the FAME determinations.

Water Vapor Interference—The calibration and analysis bands as described in the Procedure section 12 of the D7608 standard method show regions where significant signals due to water vapor can appear in the infrared spectrum. This shall be accounted for to permit calibration and measurements at the low-end concentrations.

High Lauric Acid Methyl Esters Interference—Samples with high lauric acid methyl ester (i.e. Palm biodiesel) content are known to cause a bias when used in the calibration model. Unless the method is being used to calibrate specifically and exclusively for samples containing high levels of lauric acid methyl esters, feedstocks containing high levels of these compounds should be avoided.

ERASPEC is rugged, robust and portable, can operate off line and at line. Primarily it determines the overall absorption spectrum of the sample in the Middle Infrared region, approximately from 450 up to 6500 cm -1. After a mathematical transformation of the firstly obtained raw interferogram spectrum illustrated in Fig.2, signal is transformed in plots of frequencies vs. absorption intensities. Since all hydrocarbon types absorb in the Mid-IR in a characteristic manner following Beer – Lambert’s Law, the absorption spectrum of bands and intensities can be integrated and related to chemical composition, physical properties and product quality parameters. 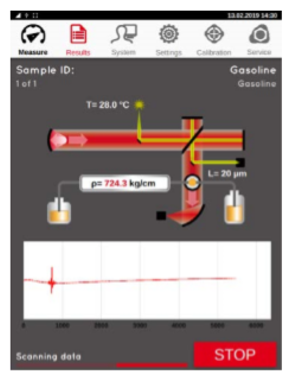 Figure 2. Diagram of the FT_IR Spectrometer

B100 (Neat biodiesel) used for calibration, qualification and quality control standards must be D6751 compliant. If the origin of FAME is known, this type shall be used for calibration. If the type of biodiesel is not known, use soy methyl ester or the FAME most commonly used in the geographical area where the samples are obtained.

The triglycerides shall be food grade soy oil, available for purchase commercially. Other types of triglycerides may be used provided they are liquid at room temperature. Consult D7806 especially Appendix A2 for further discussion.

Middle distillate fuel used for calibration, qualification and quality control standards must be D975 compliant, free of biodiesel or biodiesel precursors compounds and representative of the petroleum base stocks anticipated for blends to be analyzed (i.e., crude source, 1D, 2D, blends, winter/summer cuts, etc.). See appendix A2.2 of D7806 for further discussion on calibration fuels.

Samples should be taken following procedures described in Standard Practices D4057 & D4177 wherever the case might be. Protect samples from extreme temperatures.

Avoid the use of leaking containers that might affect the sample integrity. Equilibrate sample temperature prior to perform an analysis and reseal the container for future needs.

Calibration of the Apparatus

Each Laboratory should have a quality control program to ensure all the measurements are in statistical control as defined in Standard Practice D6299.

Each day that the instrument is to be used, confirm it is in statistical control by measuring the biodiesel concentration using the procedure outlined in D7806 (Section 12) on at least one quality control sample of known biodiesel content.

Standard(s) of known biodiesel and triglyceride concentration shall be prepared by mass and converted to volume % using the measured density as outlined in D7806 (Section 13.1). At least one standard shall be prepared for each calibration range. Additional standards including 0 volume % may also be prepared and used for quality control checks.

Determination of biodiesel and triglyceride content should proceed according to the Instruction Manual of the manufacturer. Eraspec comes pre calibrated from the factory so the operator should equilibrate the temperature of the sample to the ambient temperature. Eraspec automatically also performs a background spectrum used in the calculations. The validation of the instrument and the revision of the IQT parameters should be obtained prior to the introduction of the QC reference standard.

Rinsing of the absorption cell introduction of sample and the rest of the D7806 analysis steps is performed automatically by the Eraspec after the settings parameters and method had been selected.

Conversion to Volume % of Biodiesel – To convert the calibration and qualification standards to volume % use Eq.:

Eraspec has a built in D4052 Density Module which makes this conversion extremely useful and simultaneous in every run. Results are printed separately and the feed to the calculation software is carried out automatically.
Conversion to Volume % of Triglyceride—To convert the calibration and qualification standards to volume %, use Eq.:

Df = relative density at 15.56°C of the calibration or qualification standard being tested as determined by Practice
D1298 or Test Method D4052.

Dt = triglyceride relative density at 15.56°C of the calibration or qualification standard being tested as determined by Practice D1298 or Test Method D4052.

Report Volume % biodiesel and volume % triglycerides by test method D7806, to the nearest 0.1%.

The precision of this test method, which was determined by statistical examination of the results from an interlaboratory study involving 16 labs and 22 samples, reads as follows:
Repeatability (r) – The difference between successive test results obtained by the same operator with the same apparatus under constant operating conditions on identical test samples would, in the long run, and in the normal and correct operation of the test method, exceed the following values only in one case in twenty, where X = the average of two test results.

Reproducibility (R) – The difference between two single and independent results obtained by different operators working in different laboratories on identical test material would, in the long run, in the normal and correct operation of the test method, exceed the following values in only 1 case in 20, where x represents the average of the two consecutive test results.

See example tables for precision for FAME’s and TAG’s in Diesel in D7806.

Bias – Because no suitable reference materials were included in the interlaboratory test program, no statement of bias is being made.