Atmospheric Distillation is one of the most important of all fundamental physical chemical properties of petroleum and petroleum products. ASTM D86 Standard Test Method is one of the oldest test methods in ASTM D2 Committee of Petroleum Products and Lubricants. It relates to the volumetric composition, energy content and boiling range distribution of fuels and petroleum products in a sense that it relates not only to volatility but also to the fuel performance the higher the boiling point components the higher the tendency to form combustion deposits giving rise to obstructions of fuel lines and failure whereas a disproportion of light components will produce irregularities in the mixture during warm up and general performance increasing the tendency to vapor locks especially at high temperatures and high altitudes.

This is behavior is also true for land and marine diesel fuels where T90 is specified for a maximum and a minimum value. Fuels having too low volatility tend to reduce power output affecting fuel economy due to poor atomization. Those exhibiting too high volatility also reduce power output and fuel economy because of vapor lock issues in the system reflecting in poor penetration of fuel droplets from the nozzle.

In aviation fuels if volatility is too low the liquid when entering the cylinders washes the lubricants off the walls increasing engine wear and dilution of the crankcase oil. Low volatility aviation gasoline also tends to poor distribution of mixture strength between cylinders. A high volatility on the contrary causes fuel to vaporize too early in the fuel compartment and distribution lines giving rise to venting losses and fuel starvation of fuel vapor lock in the system.
During storage high volatile components in the fuel are particularly responsible for the formation of potentially explosive vapors. So in order to better specify the volatility characteristics of good quality products it is necessary to specify the distillation yield at several temperatures particularly at the initial boiling point at T10 (Temperature at 10% recovery), T50 (Temperature at 50% volume distilled), T90 (Temperature at 90% volume distilled) and final boiling point. These distillation values are including as Distillation Limits” in petroleum product specifications in commercial purchasing commercial agreements in refinery process quality control and to demonstrate compliance to environmental and federal regulations.

Another common way to express the volatility of a hydrocarbon product is the evaporation loss at a specified temperature for instance E200 is what percentage in volume is evaporated at 200 °C.
It is important to keep in mind that D86 is a standard method designed for the analysis of distillates, therefore is not applicable to materials containing appreciable quantities of residual fractions. D86 is used alone or in combination with other properties such as density, sulfur content to fully characterize refining products in terms of quality, quantity and composition. In the industry it is compulsory to make sure there is no adulterations and contamination that might affect the required characteristics of the final products.

The determination of the Distillation Characteristics” of liquid hydrocarbon mixtures is generally performed in distillation apparatus consisting mainly of a distillation flask that holds the sample to be tested, a condenser immersed in a cooling bath to condense the vapors produced at the current temperature, a heat source, a receiving graduated cylinder and a calibrated temperature meter device. A typical arrangement can be seen in Fig. 1 and a commercial version shown in Fig.2. 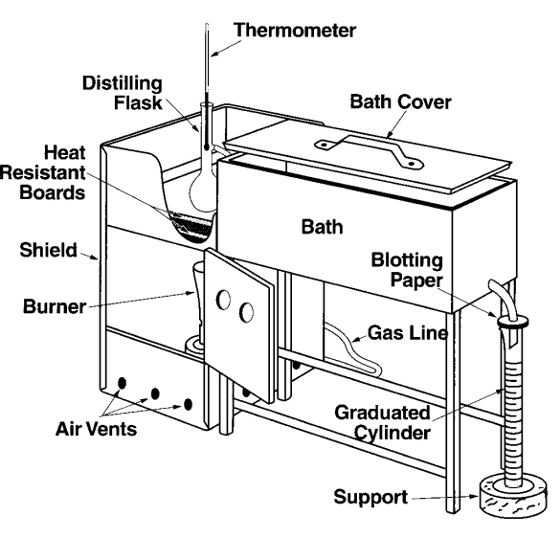 Figure 1. Typical arrangement of a manual unit for atmospheric distillation 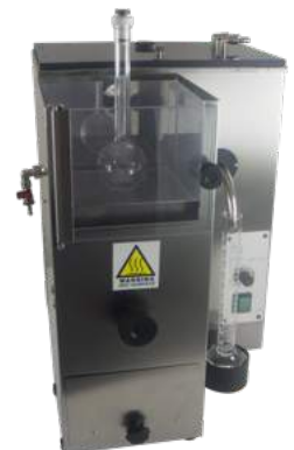 The automated distillation systems measure and record automatically the temperature associated with the corresponding recovered volumes collected in the receiver graduated cylinder. To perform a distillation, it is recommended to read carefully the instruction manual and the standard test method as many important variables and conditioning are necessary to achieve the best unbiased result. 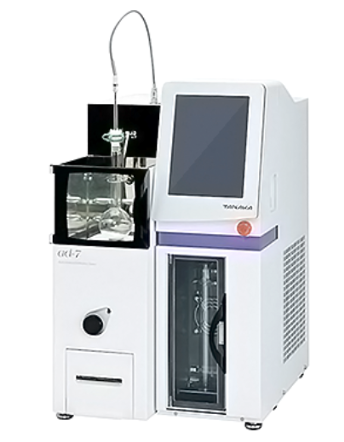 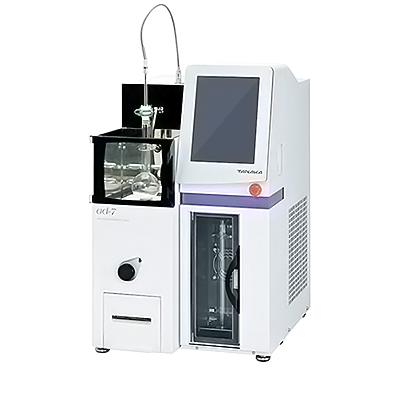 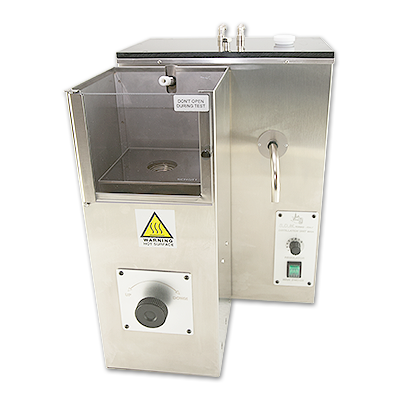