Several ASTM test methods offering alternative procedures for determining pour points using automatic apparatus are available. None of them share the same designation number as Test Method D97. When an automatic instrument is used, the ASTM test method designation number specific to the technique shall be reported with the results. A procedure for testing the pour point of crude oils is described in Test Method D5853.

This international standard was developed in accordance with internationally recognized principles on standardization established in the Decision on Principles for the Development of International Standards, Guides and Recommendations issued by the World Trade Organization Technical Barriers to Trade (TBT) Committee.

Crystals of sufficient dimensions and quantities can plug filters used in fuel systems and other parts of machinery and also cause operational problems in crude oil and petroleum products blending operations. A precise and reliable determination of these properties and of the ability of petroleum oils and other products to flow freely constitutes a valuable tool not only to more precisely determine the specifications of new oils but also to monitor important handling, transport and processing operations.

After preliminary heating, the sample is cooled at a specified rate and examined at intervals of 3°C for flow characteristics. The lowest temperature at which movement of the specimen is observed is recorded as the pour point.

For petroleum products and biodiesel fuels, cloud point of a petroleum product is an index of the lowest temperature at which wax crystals begin to precipitate and can create fuel flow blockage through filters, fuel lines and other restricted passages of the fuel system. As the Cloud Point goes up, the suitability of the fuel for low-temperature operations decreases.

Thermometers_ having the following ranges and conforming to the requirements prescribed in Specification E 1 for thermometers:

Since separation of liquid column thermometers occasionally occurs and may escape detection, thermometers should be checked immediately prior to the test and used only if they prove accurate within 61°C (for example ice point).
Cork_ to fit the test jar, bored centrally for the test thermometer.

Jacket_ watertight, cylindrical, metal, flat-bottomed, 115 6 3-mm depth, with inside diameter of 44.2 to 45.8 mm. It shall be supported in a vertical position in the cooling bath (see description of baths below) so that not more than 25 mm projects out of the cooling medium, and shall be capable of being cleaned.

Disk, cork or felt_ 6 mm thick to fit loosely inside the jacket.

There are many manufacturers of these cold properties instruments in many cases combined with cloud point D2500, D7689, Pour Point of Crude Oils D5853 among others. Figure 2 below shows a combination of these instruments from Tanaka and Nordexp manufacturers. 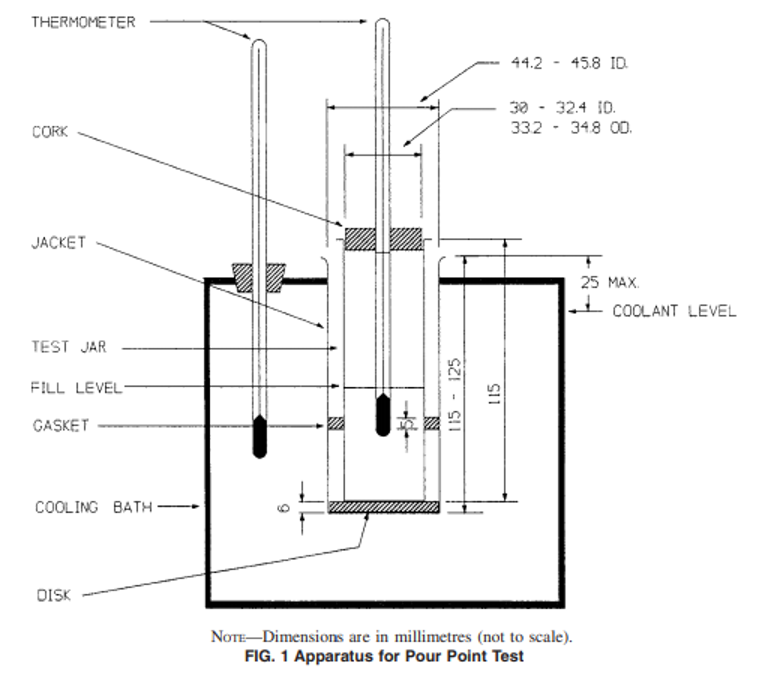 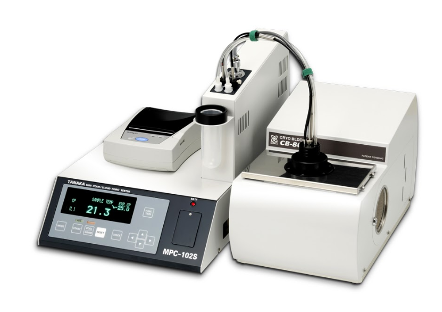 Experimental evidence supporting elimination of the 24-h waiting period for some sample types is contained in a research report RR: D02-1377.

Close the test jar with the cork carrying the high-pour thermometer (5.2). In the case of pour points above 36°C, use a higher range thermometer such as IP 63C or ASTM 61C. Adjust the position of the cork and thermometer so the cork fits tightly, the thermometer and the jar are coaxial, and the thermometer bulb is immersed so the beginning of the capillary is 3 mm below the surface of the specimen.

After the specimen has cooled to allow the formation of paraffin wax crystals, take great care not to disturb the mass of specimen nor permit the thermometer to shift in the specimen; any disturbance of the spongy network of wax crystals will lead to low and erroneous results.

Pour points are expressed in integers that are positive or negative multiples of 3°C. Begin to examine the appearance of the specimen when the temperature of the specimen is 9°C above the expected pour point (estimated as a multiple of 3°C). At each test thermometer reading that is a multiple of 3°C below the starting temperature remove the test jar from the jacket. To remove condensed moisture that limits visibility wipe the surface with a clean cloth moistened in alcohol (ethanol or methanol). Tilt the jar just enough to ascertain whether there is a movement of the specimen in the test jar. The complete operation of removal, wiping, and replacement shall require not more than 3 s.

As soon as the specimen in the jar does not flow when tilted, hold the jar in a horizontal position for 5 s, as noted by an accurate timing device and observe carefully. If the specimen shows any movement, replace the test jar immediately in the jacket and repeat a test for flow at the next temperature, 3°C lower.

Continue in this manner until a point is reached at which the specimen shows no movement when the test jar is held in a horizontal position for 5 s. Record the observed reading of the test thermometer. 8.8 For black specimen, cylinder stock, and nondistillate fuel specimen, the result obtained by the procedure described above is the upper (maximum) pour point. If required, determine the lower (minimum) pour point by heating the sample while stirring, to 105°C, pouring it into the jar, and determining the pour point as described in this section

Repeatability—The difference between successive test results, obtained by the same operator using the same apparatus under constant operating conditions on identical test material, would in the long run, in the normal and correct operation of this test method, exceed 3°C only in one case in twenty. Differences greater than this should be considered suspect.

Reproducibility—The difference between two single and independent test results, obtained by different operators working in different laboratories on identical test material, would in the long run, in the normal and correct operation of this test method, exceed 6°C only in one case in twenty. Differences greater than this should be considered suspect.

Bias—There being no criteria for measuring bias in these test-product combinations, no statement of bias can be made.

The following precision data were obtained: 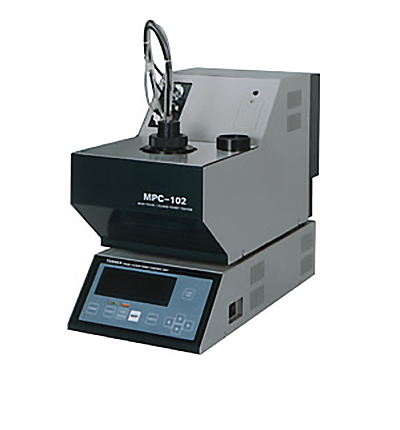 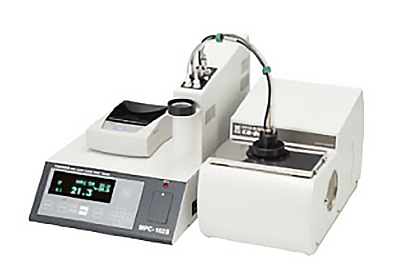 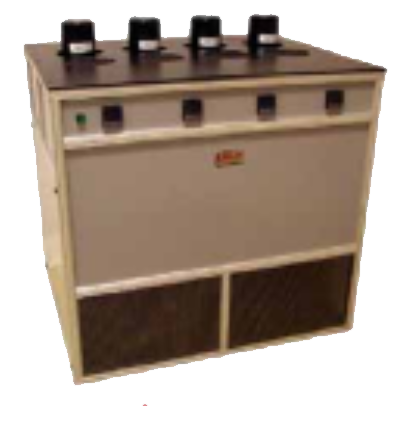